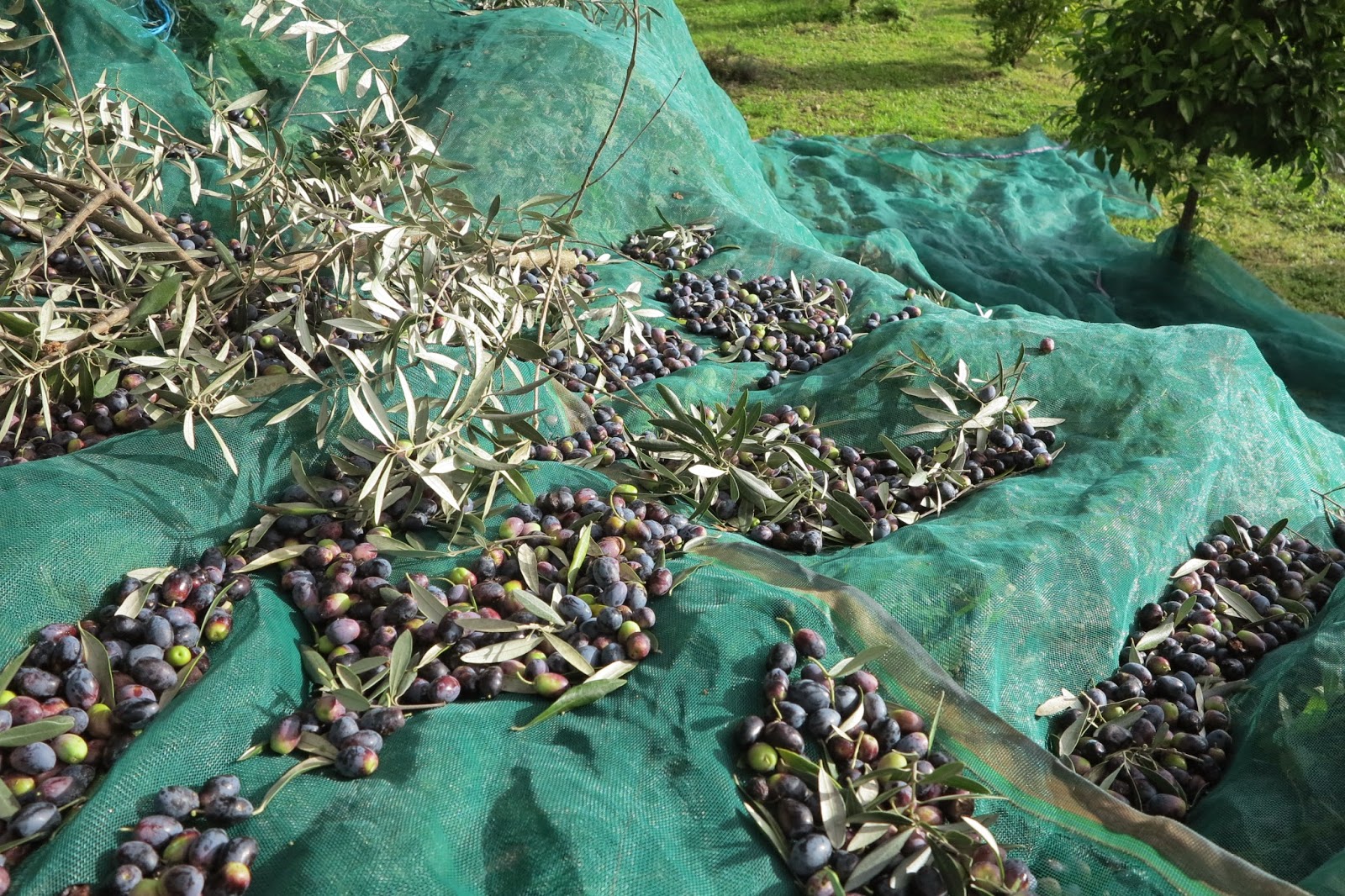 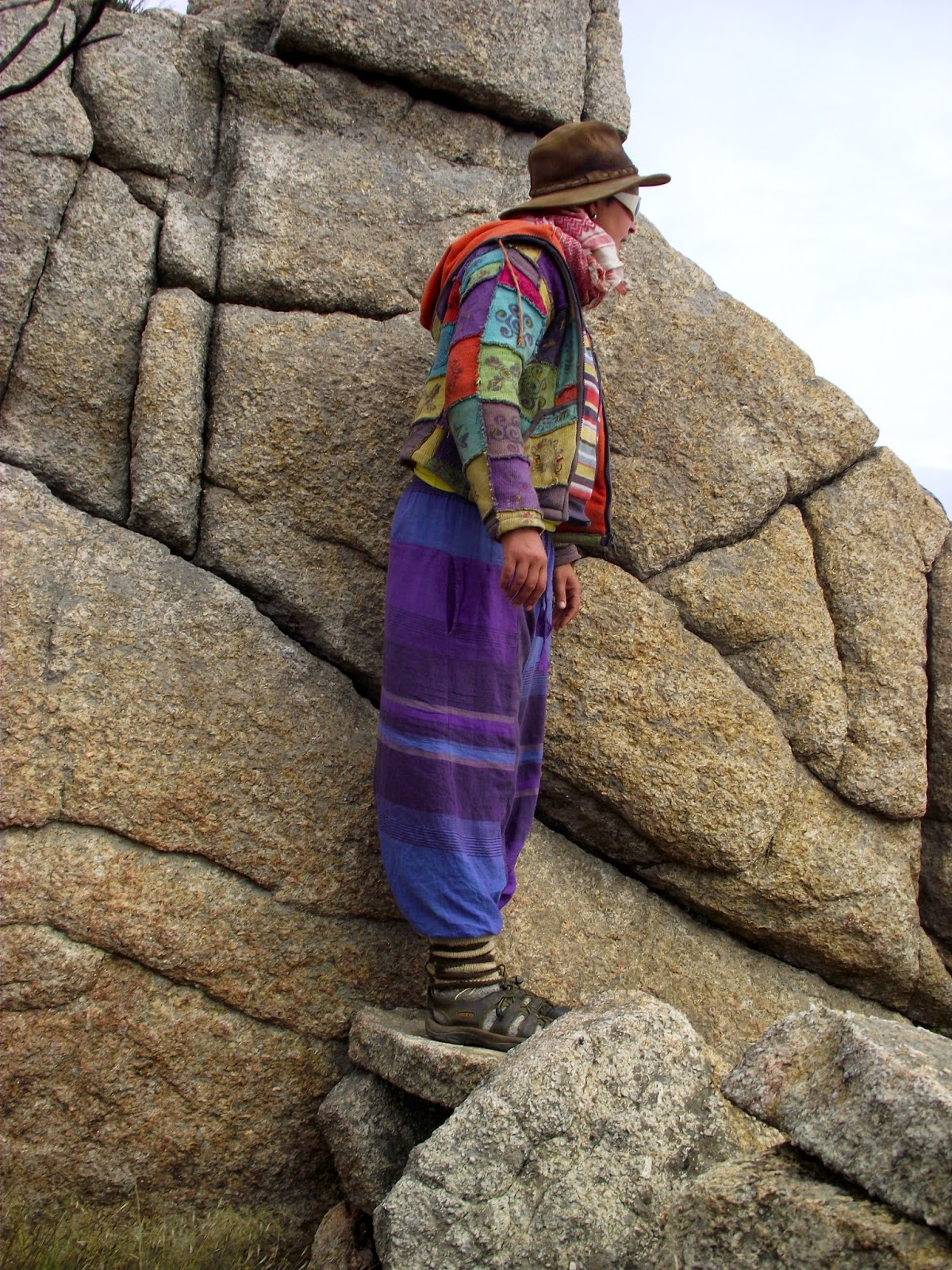 On the day of her birthday all Barbara wanted to do when she woke up was go to the mountains......

From the land we drove to the top of our local mountain grange - the Gardunha....up there it was silent and beautiful...climbing on the giant rocks and enjoying the view. 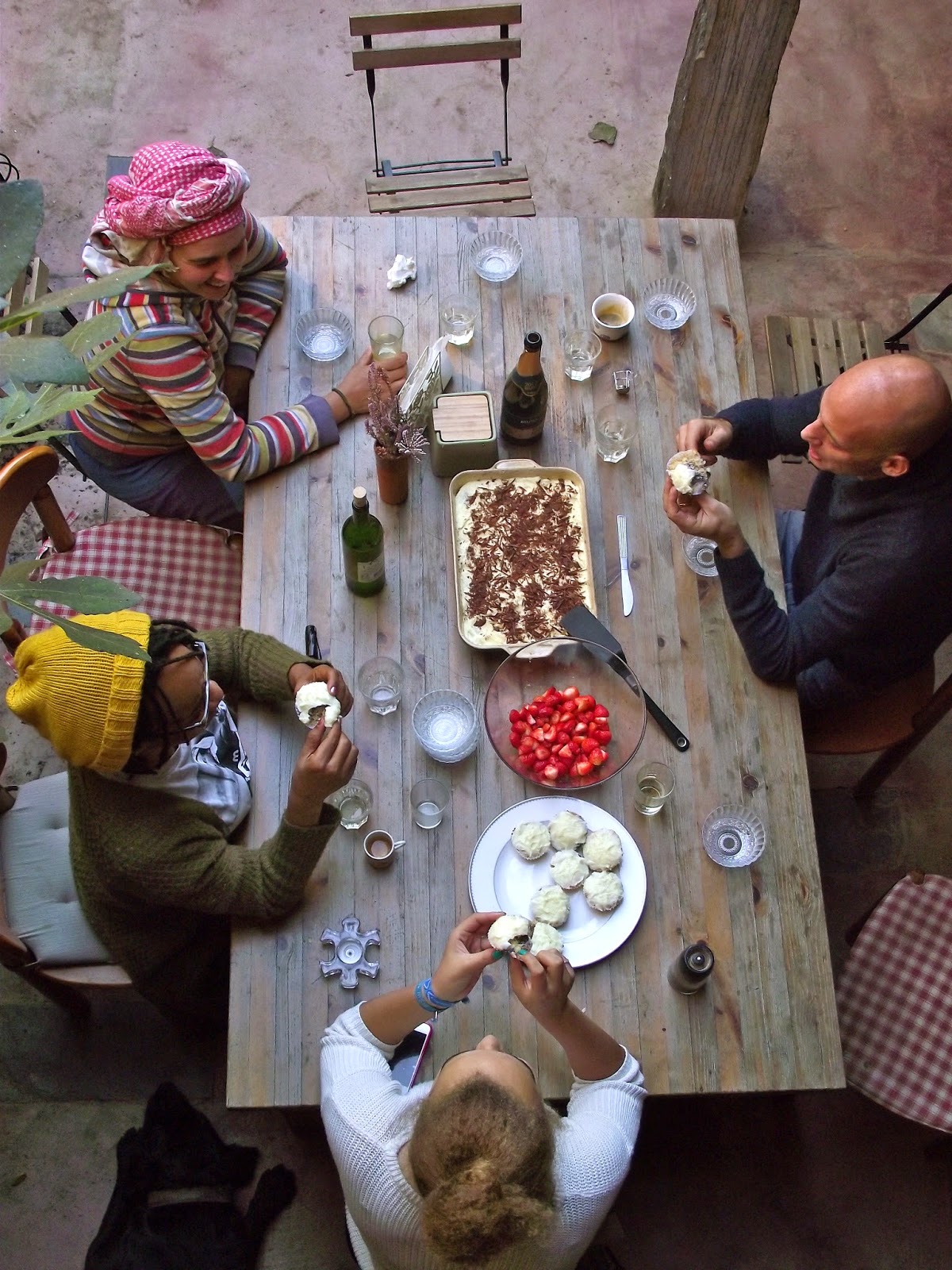 We drove over the other mountains and stayed the night with our dear friends Andy and Vonnie, Josh and Ellie at Vale de Moses.

Chatting until late by the fire, and treated to delicious food and company made the birthday really special. 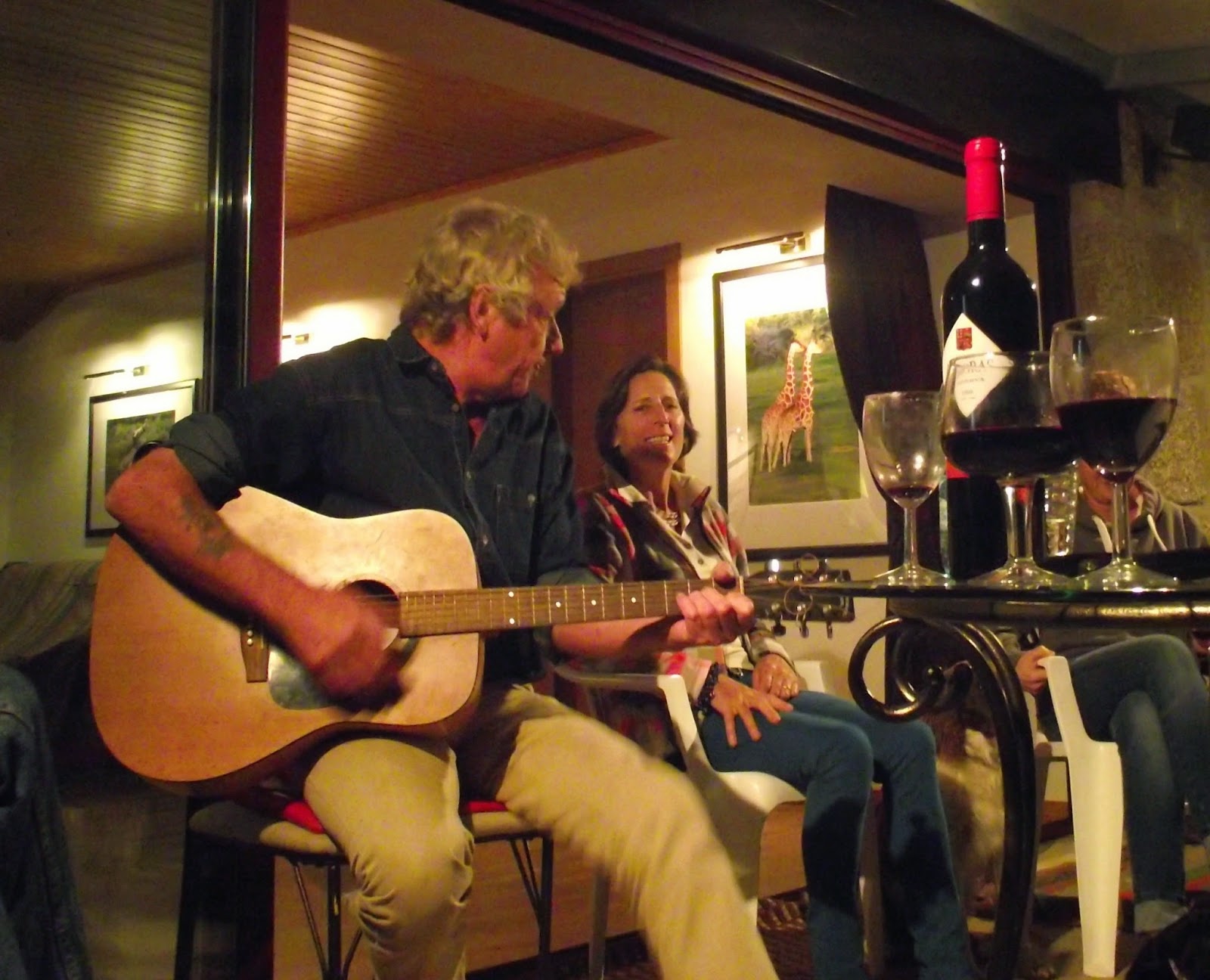 Neightbours Martin and Tiddy invited all of us from the Mount of Oaks over for food, fun and singing on Hallowee'n. 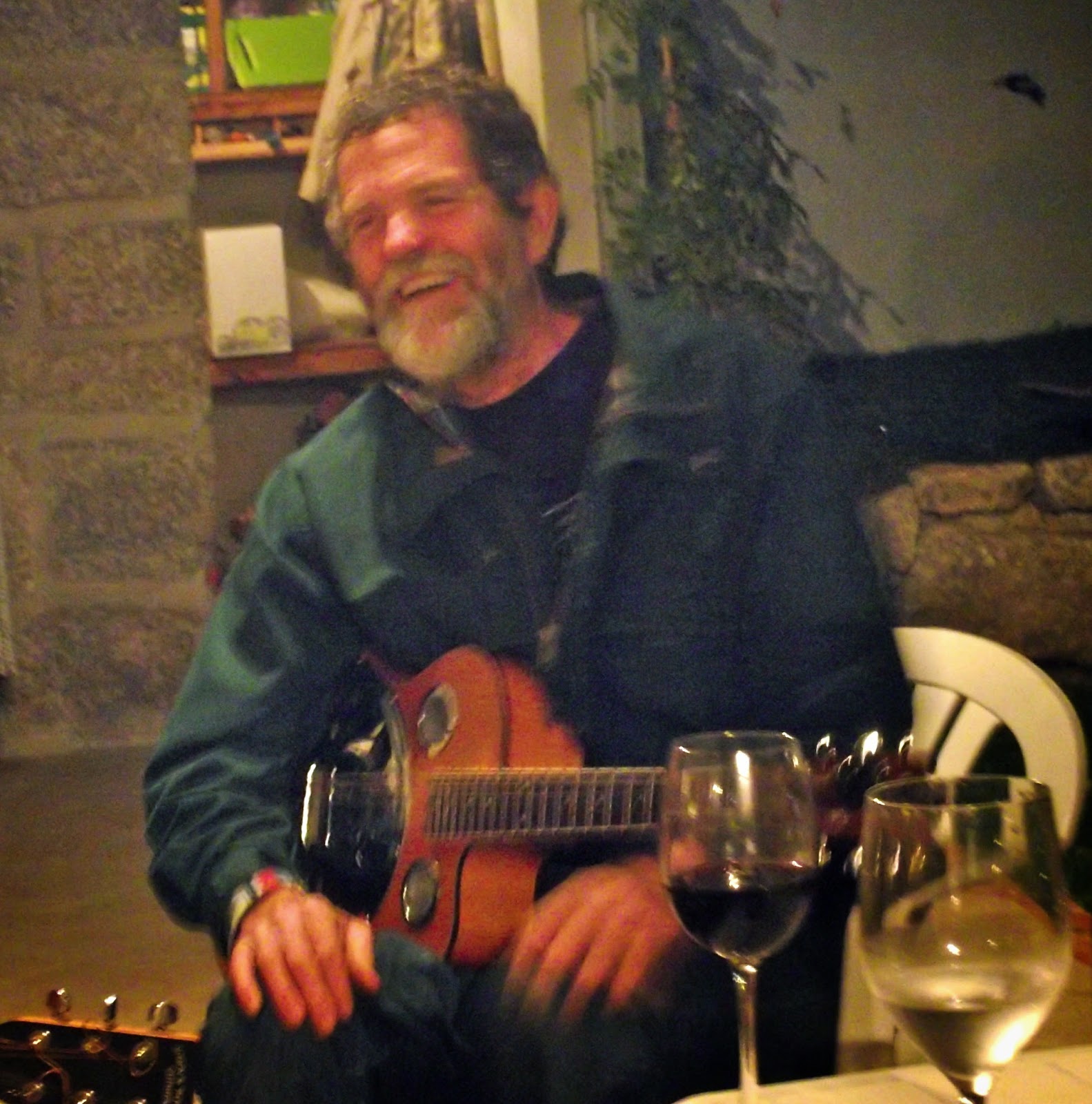 We met a couple, Linda and Russ who are in the process of moving to the neighbourhood from USA.

And also another couple, Liz and Ian who recently bought a place nearby too - so it was a great night for meeting new folk and catching up with old friends! We sang until late and were grateful for the lyrics provided by Liz's ipod!!! 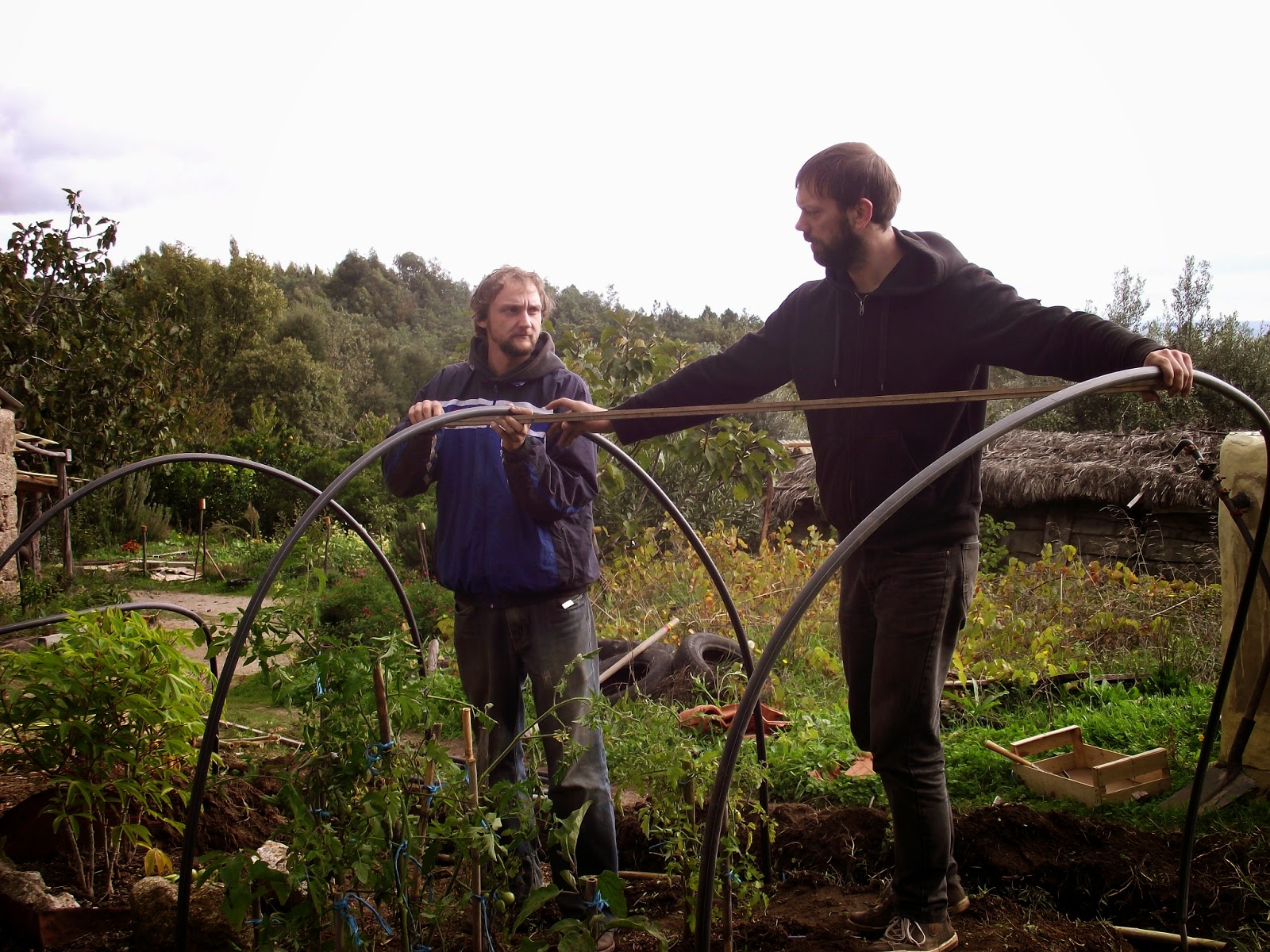 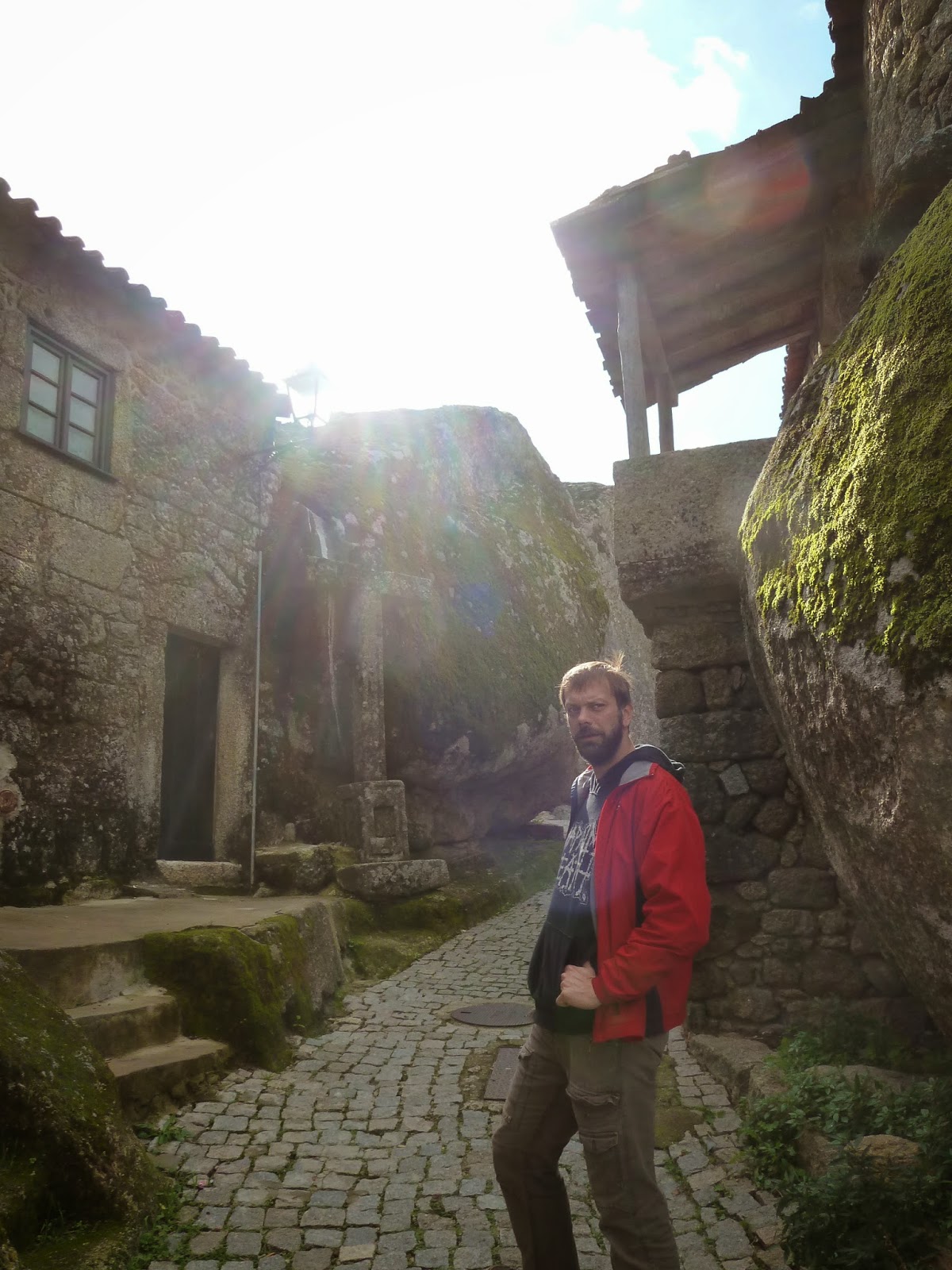 Tom who had stayed with us for 6 weeks left the same week a friend of Eric's - Quis arrived. 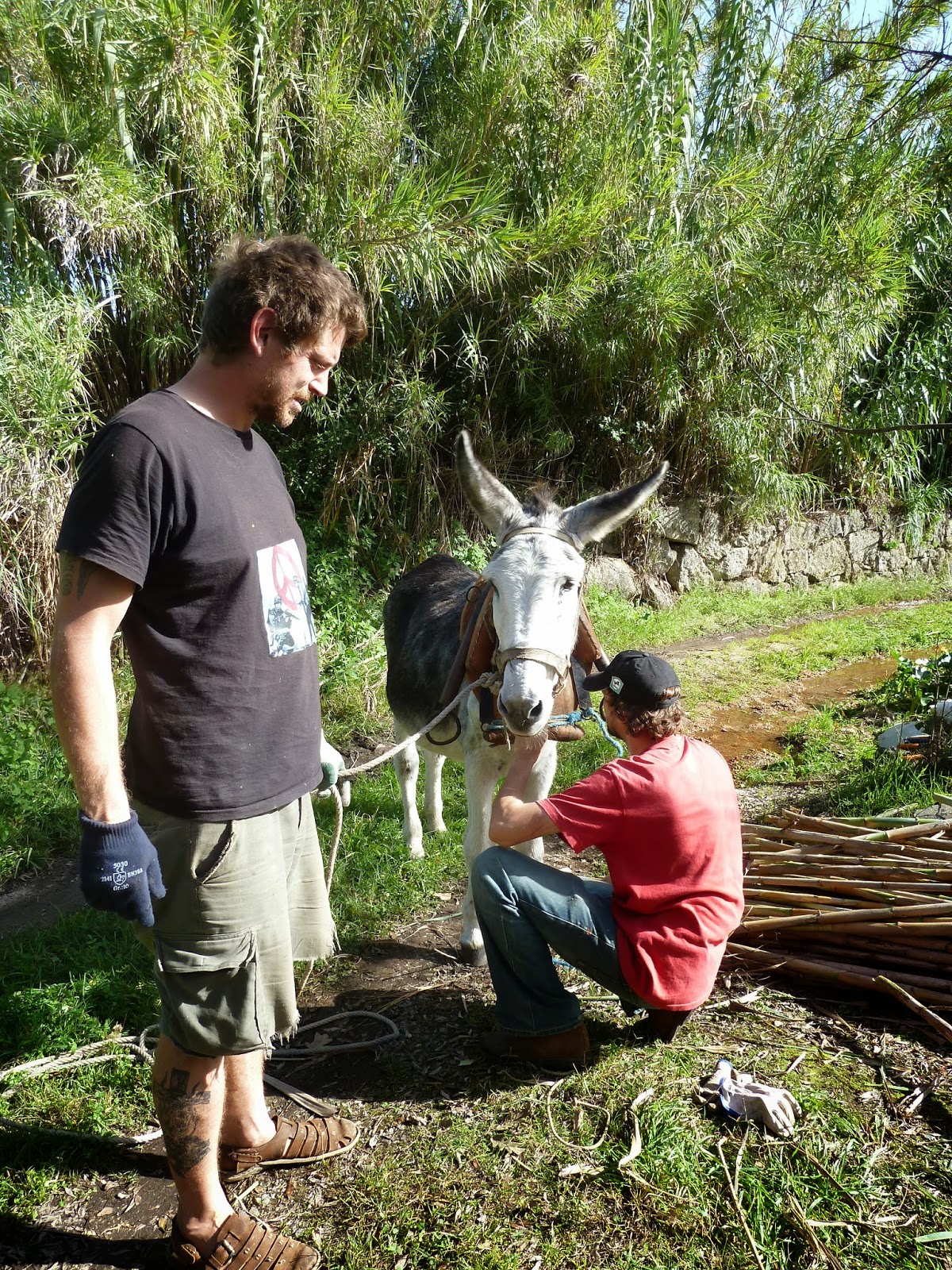 Tom had a great time with Xico. The animals are as much hosts as us.

After the boys left we had 2 lovely ladies coming for more or less a week. They were a precious help during the olive harvest. 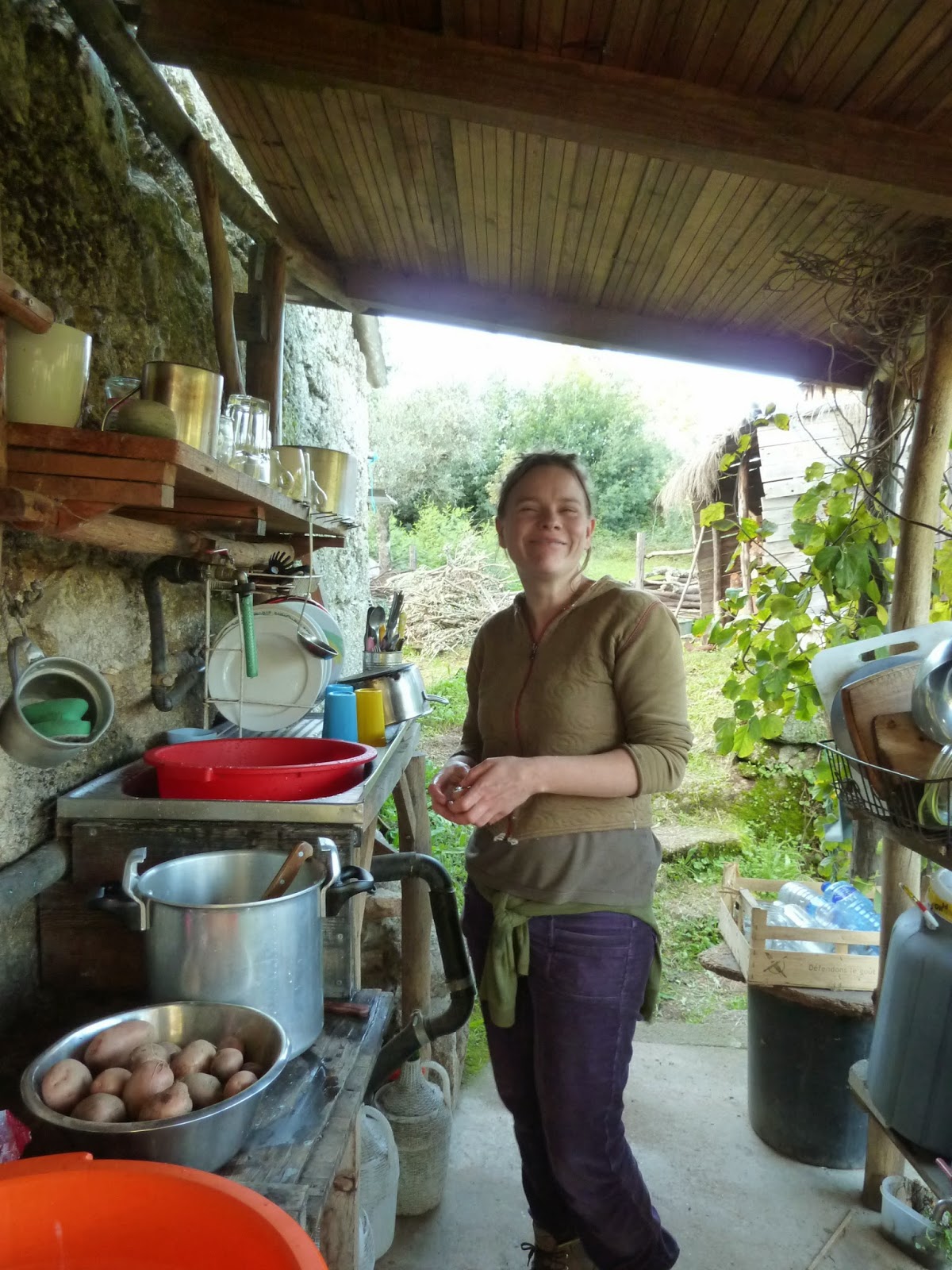 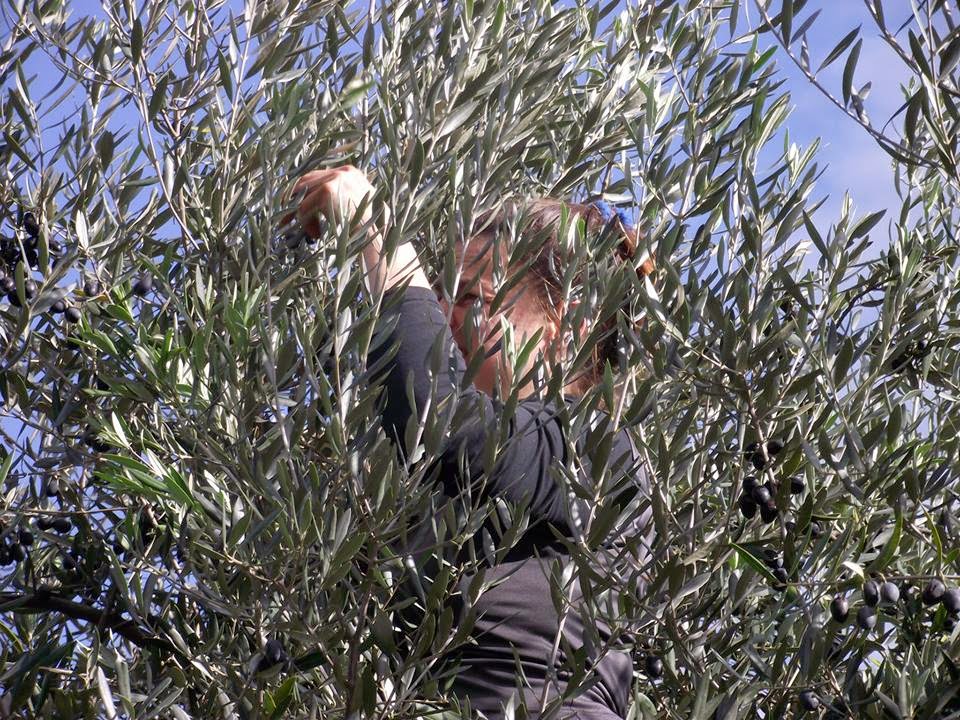 Ulli Butterfly on the tree 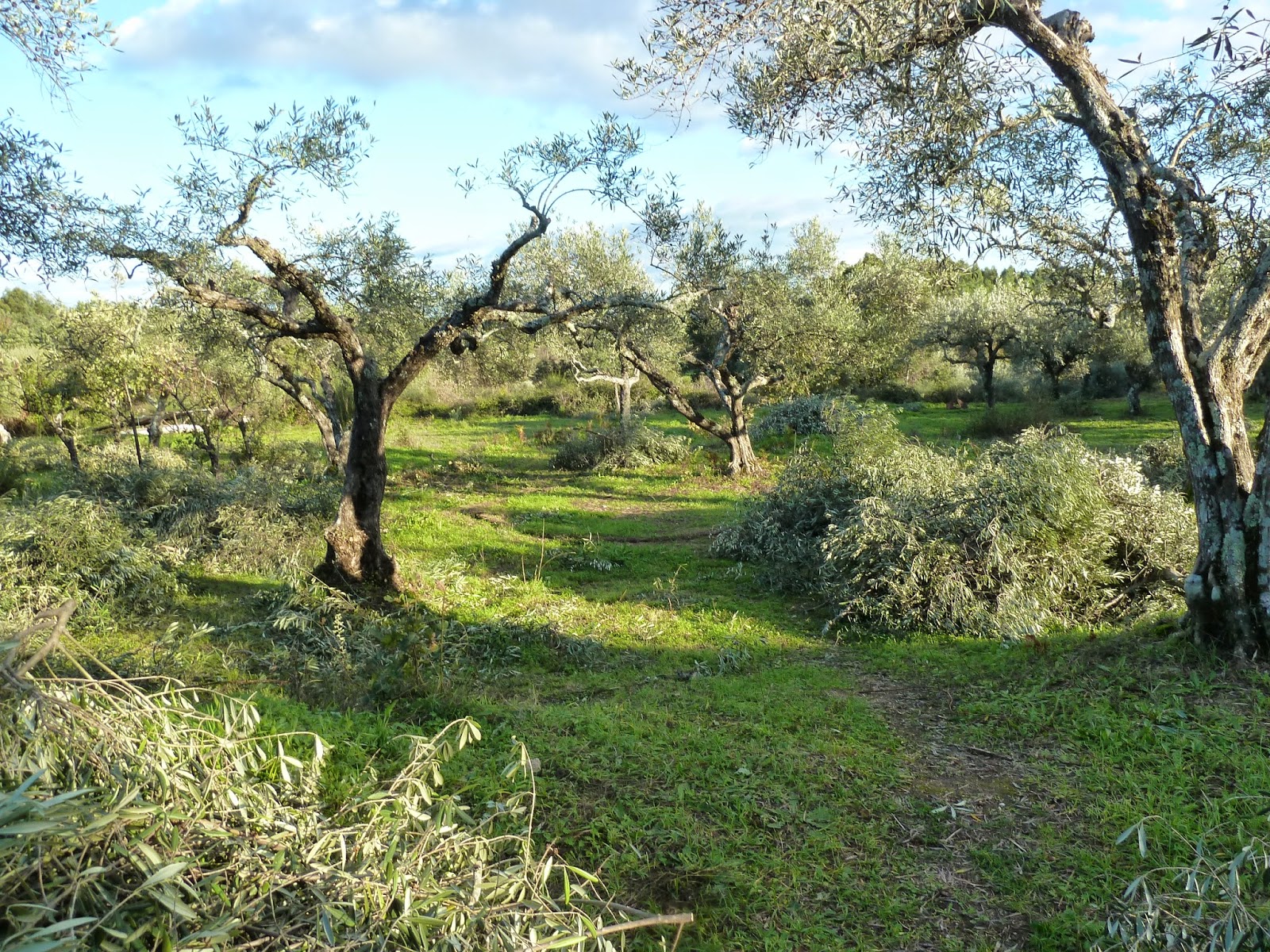 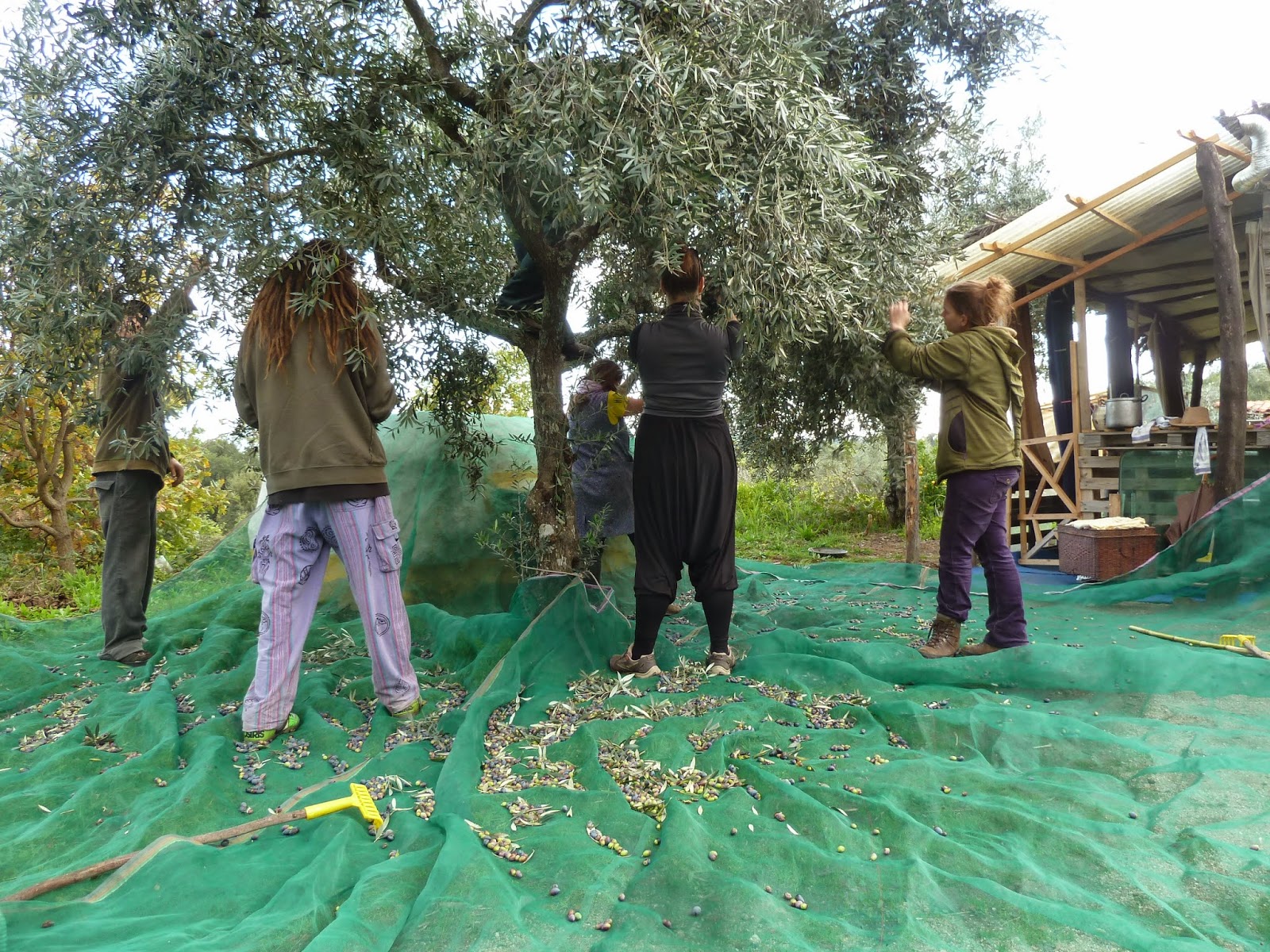 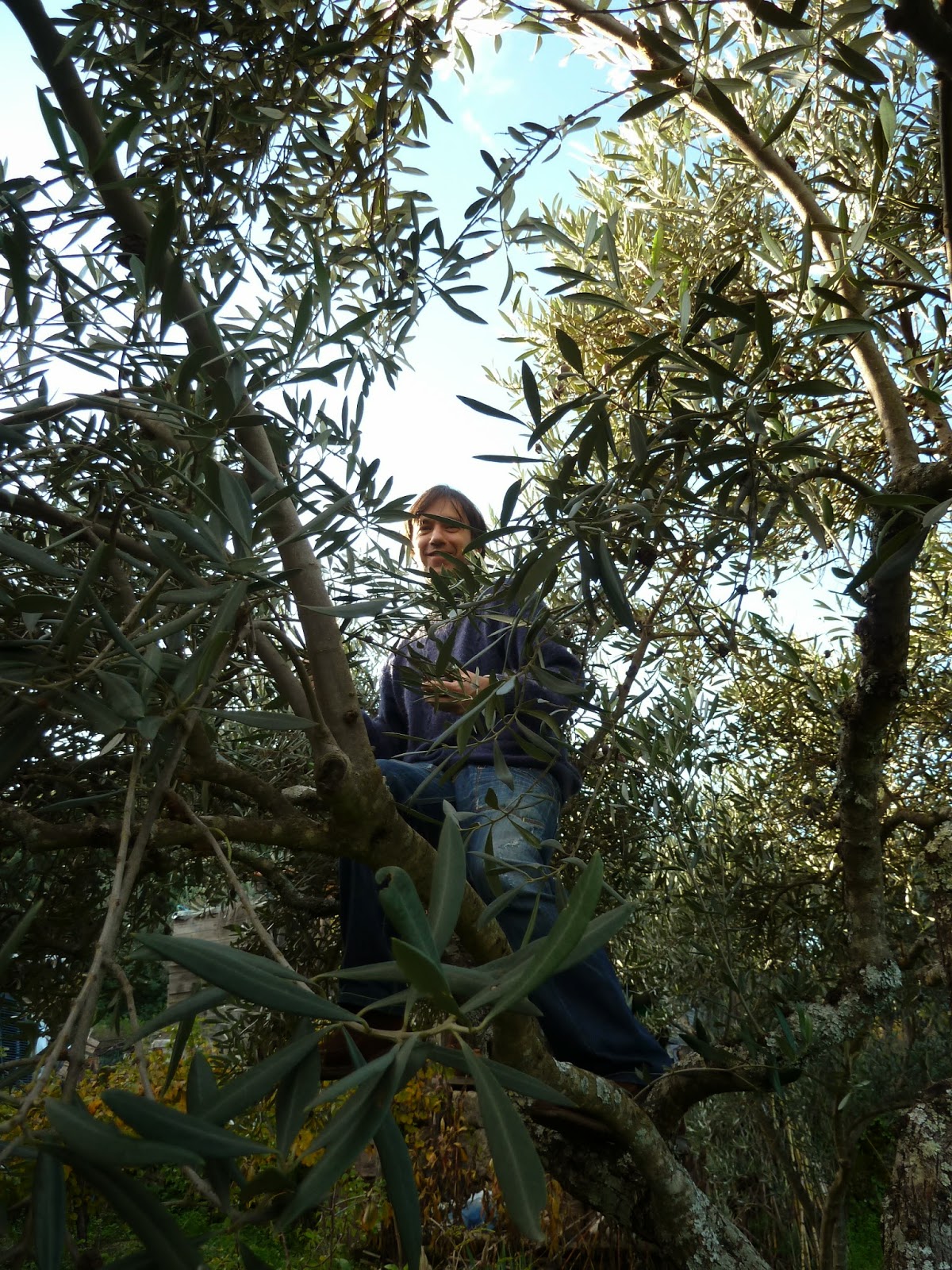 We had the precious help of our friends Lopes, Nuno & Carlos. They helped us with joy and even brought some food with them!!! At the end of the day the harvest was done! 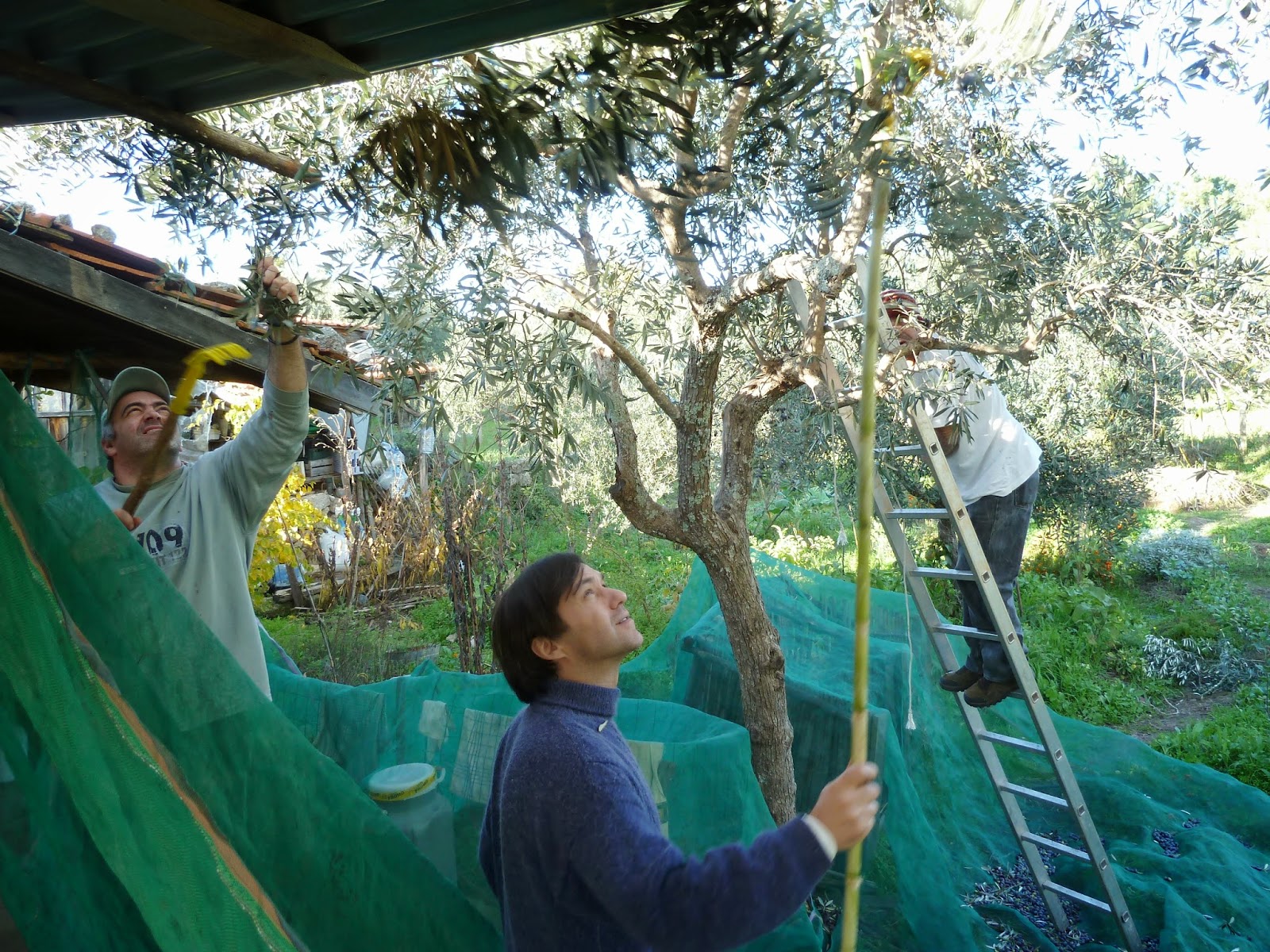 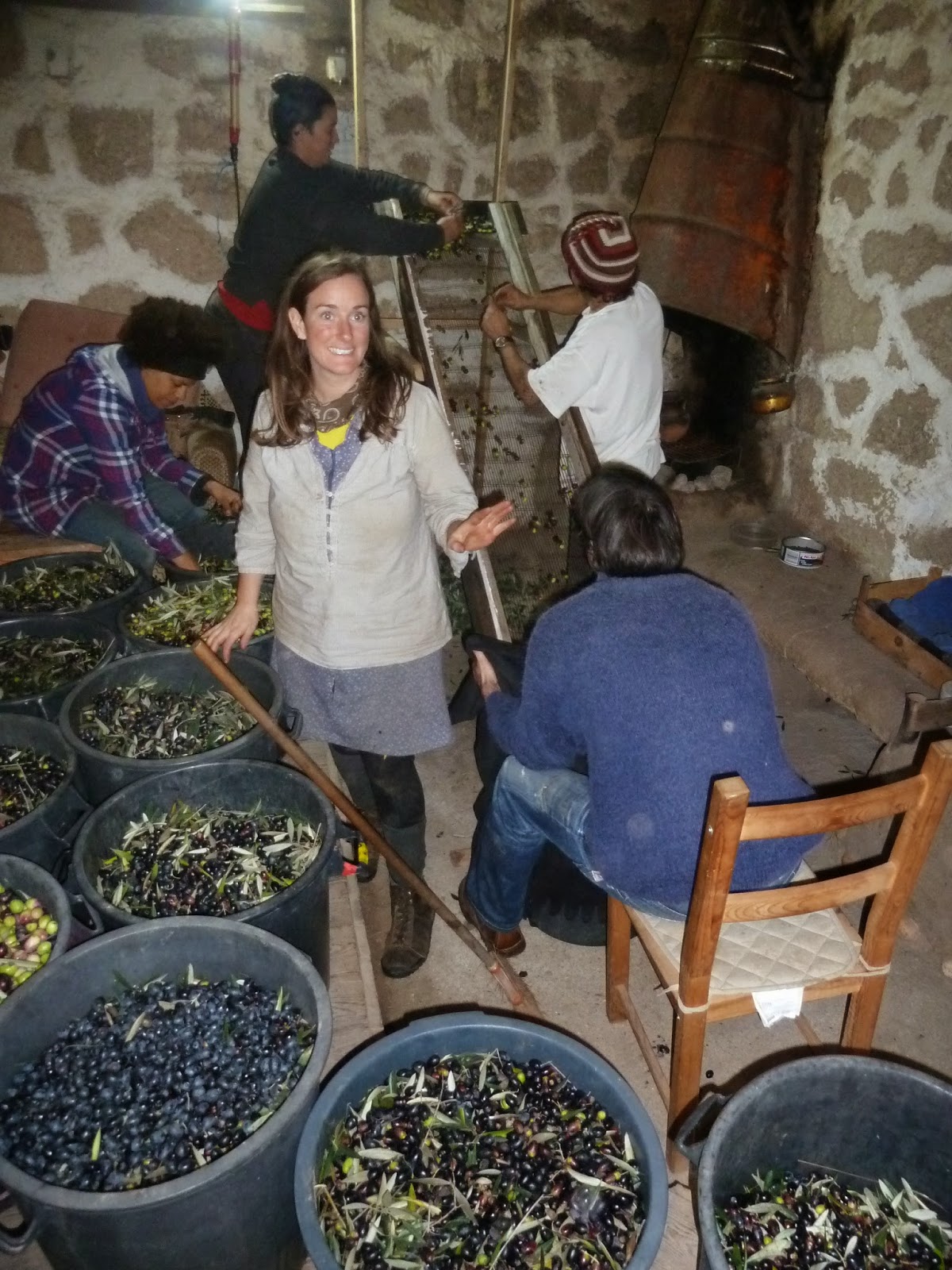 Also we had a great tool borrowed from our neighbours Martin & Tiddy. It's called a Crivo and it makes the job of separating the olives from the leaves so much more efficient. 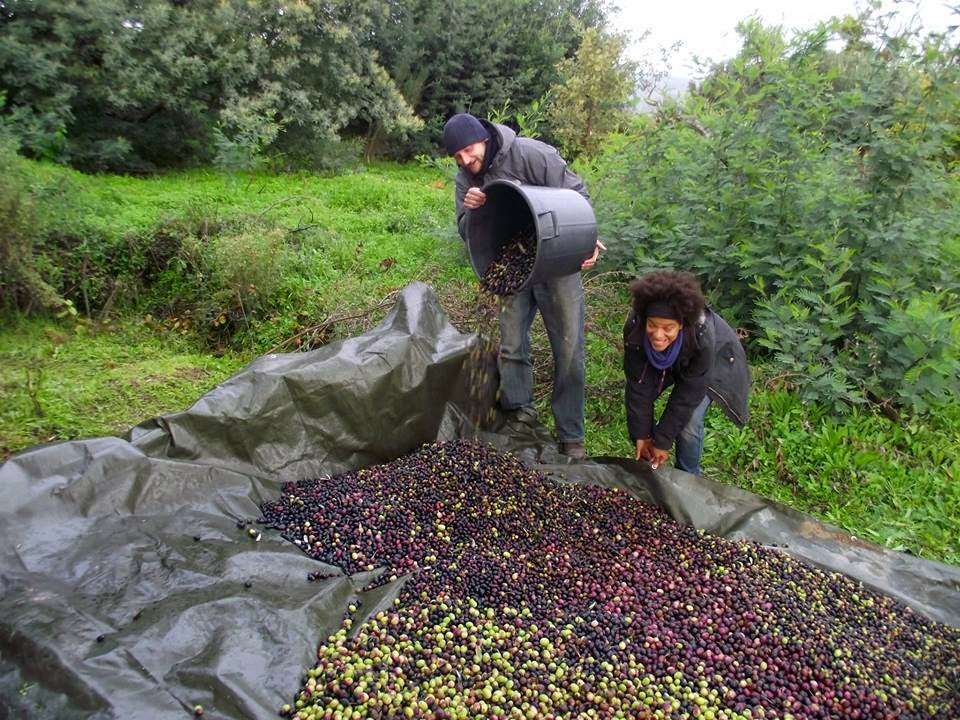 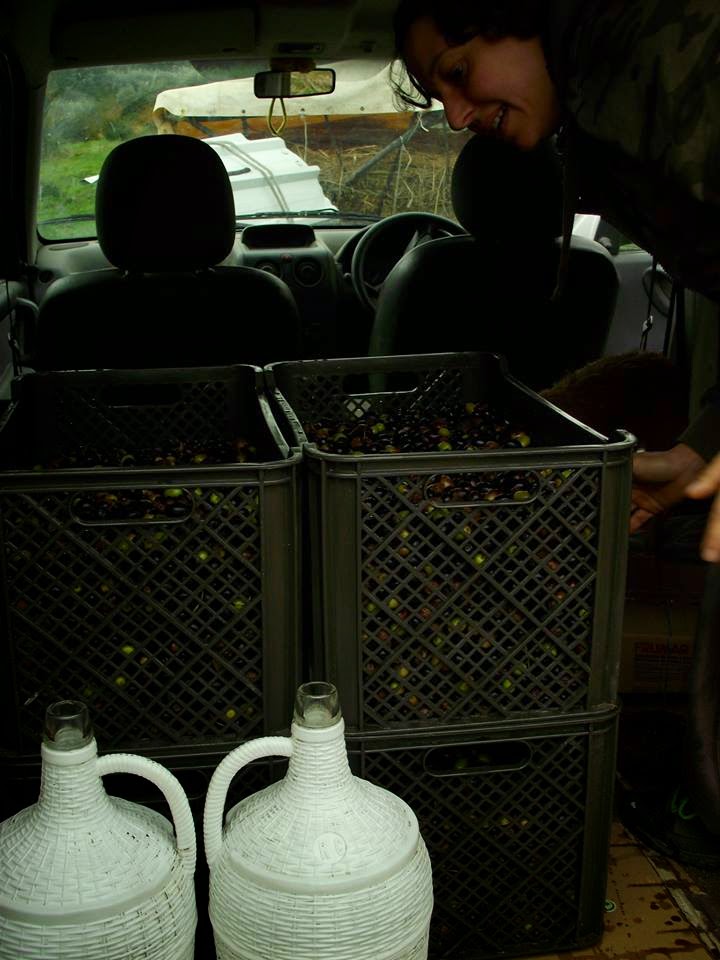 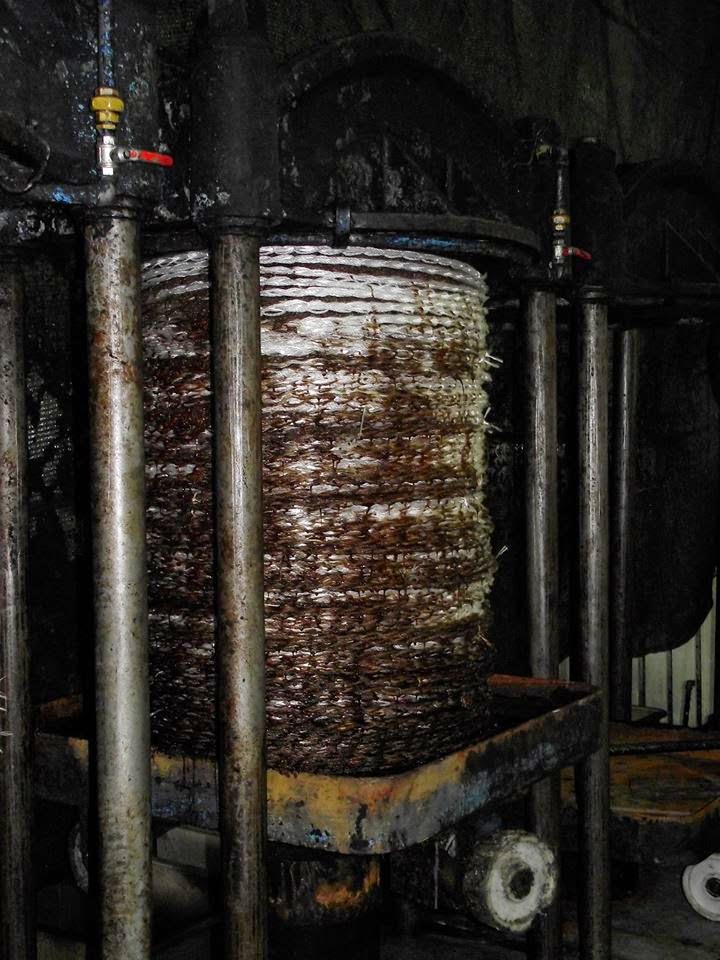 By the recommendation of Vitor, one of the students from the last PDC, we took the olives to a local traditional press in Donas, just outside of Fundao. This is a traditional press runned by a lovely family and we are really happy with the result. Even though we have less olive oil this year, it is super tasty... 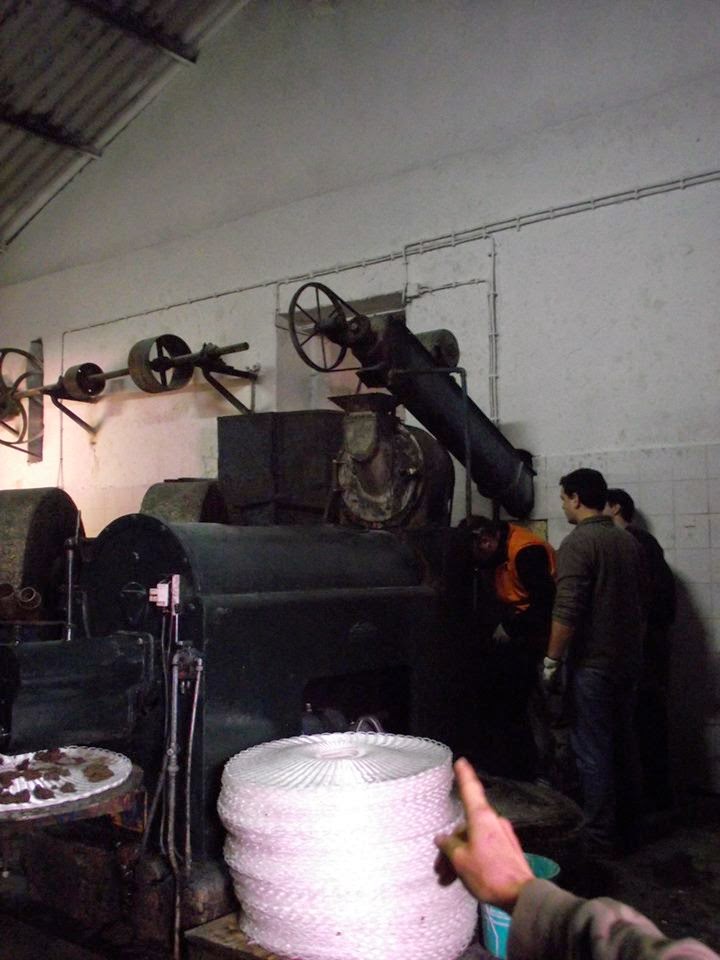 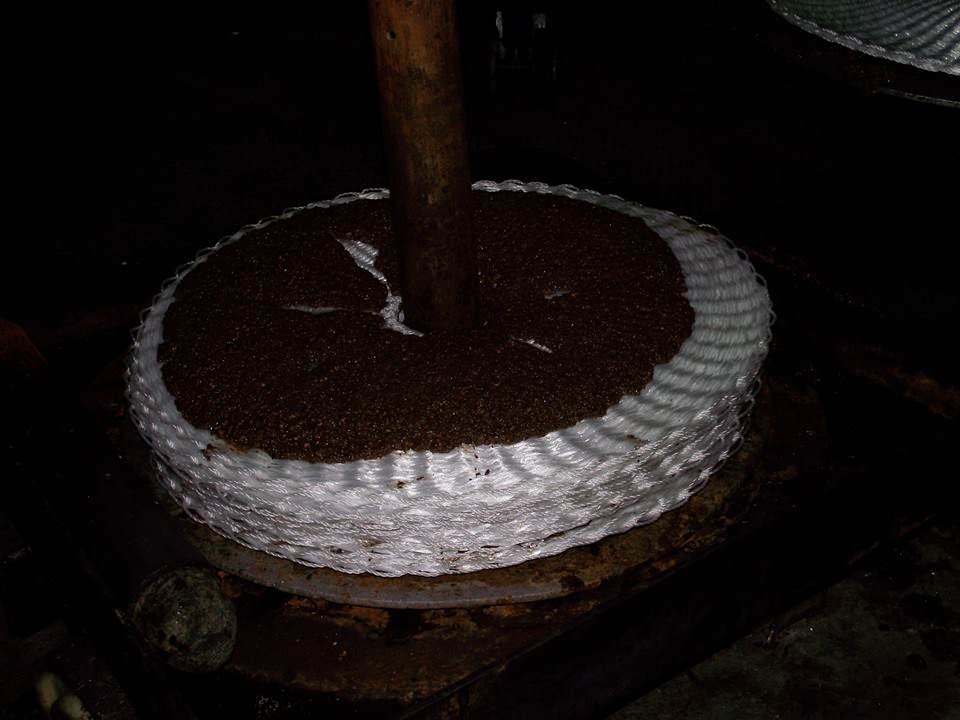 We had more visits coming at the end of the month. Helene, Hussain and Johann came from Germany for a couple of days. Johann loved playing with the animals! 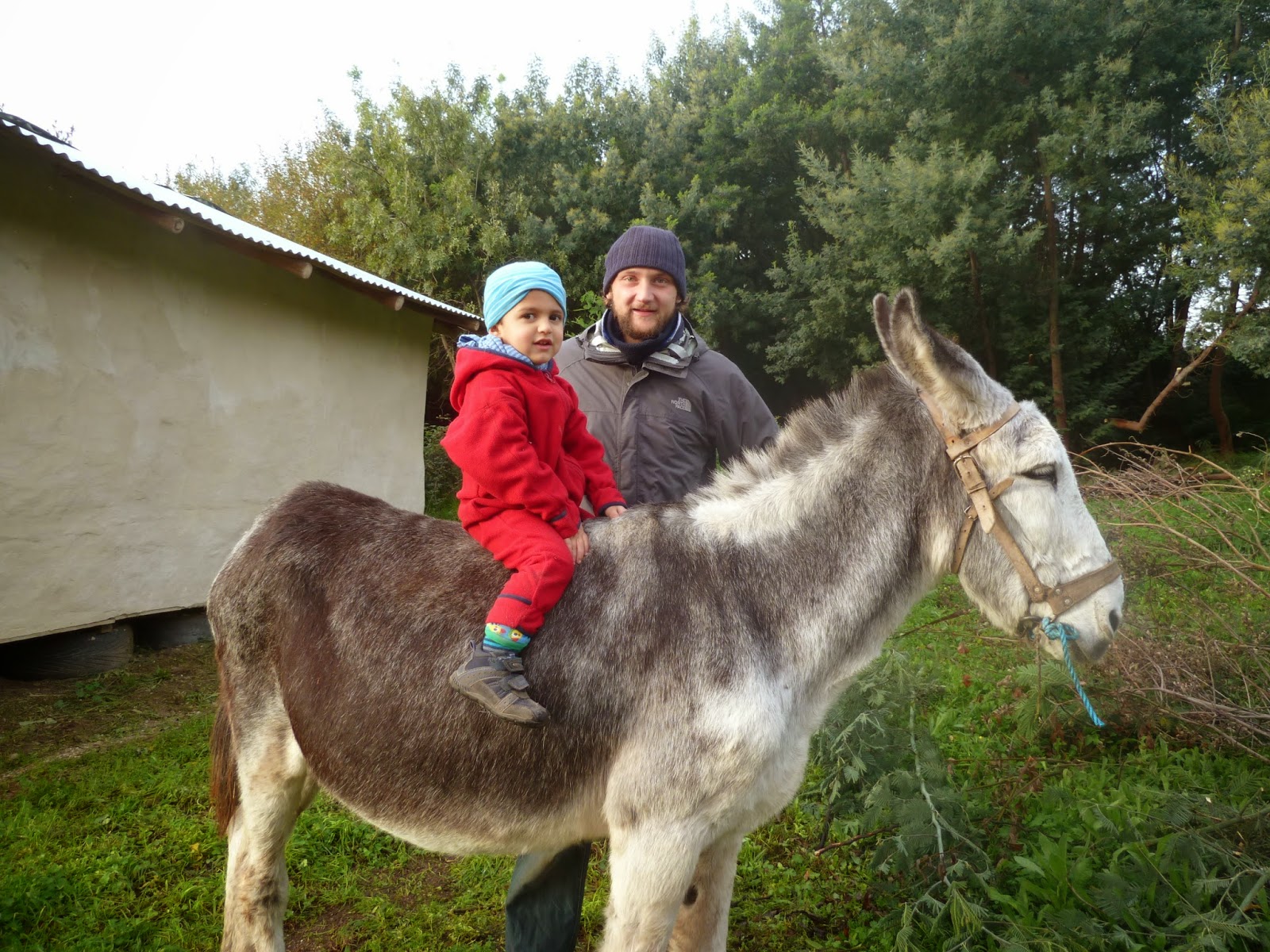 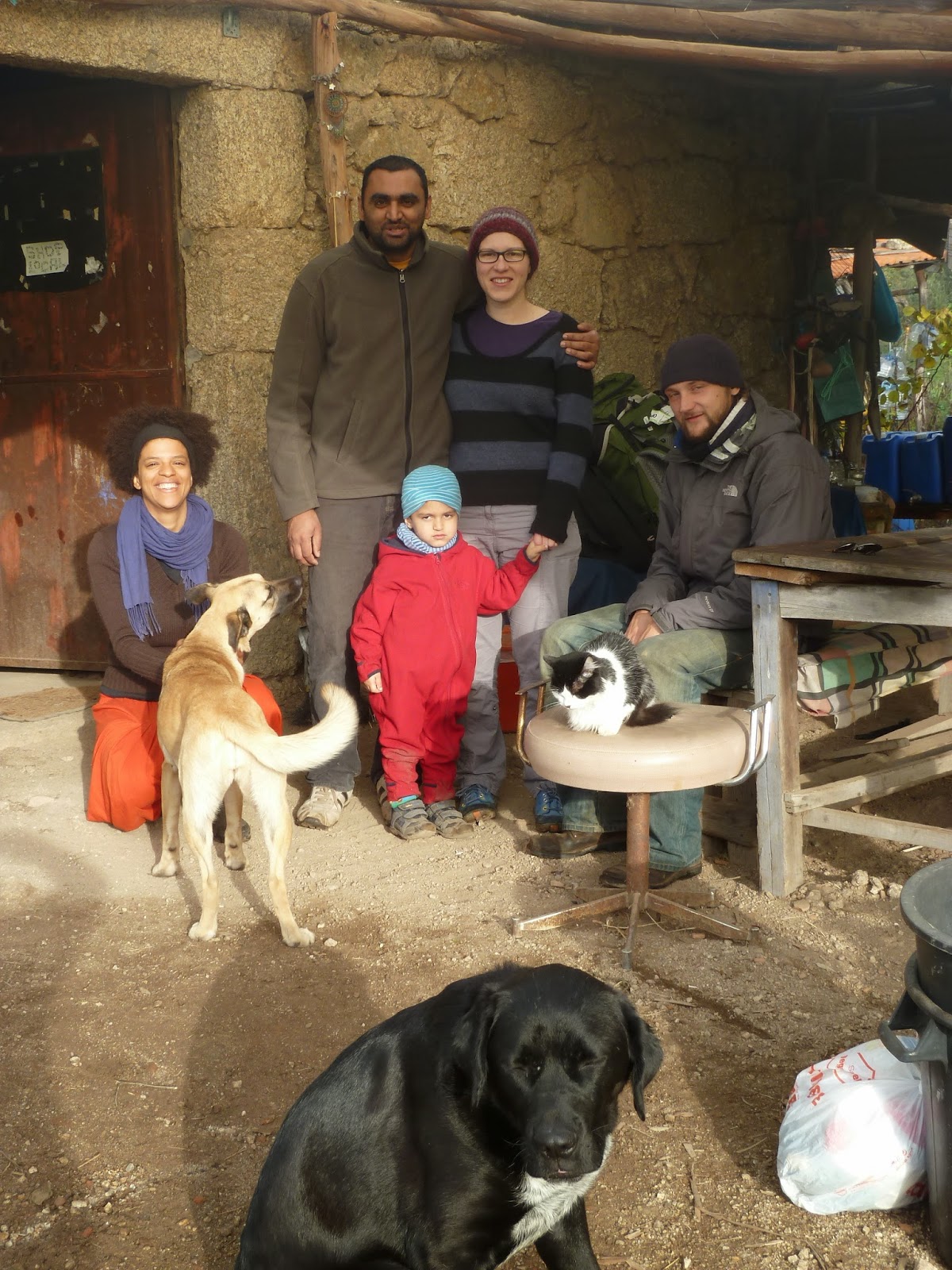 We also said "Até Já!" to Bárbara and Emma. They are going to be away for 6 months, a well deserved rest after looking after this place for so long. 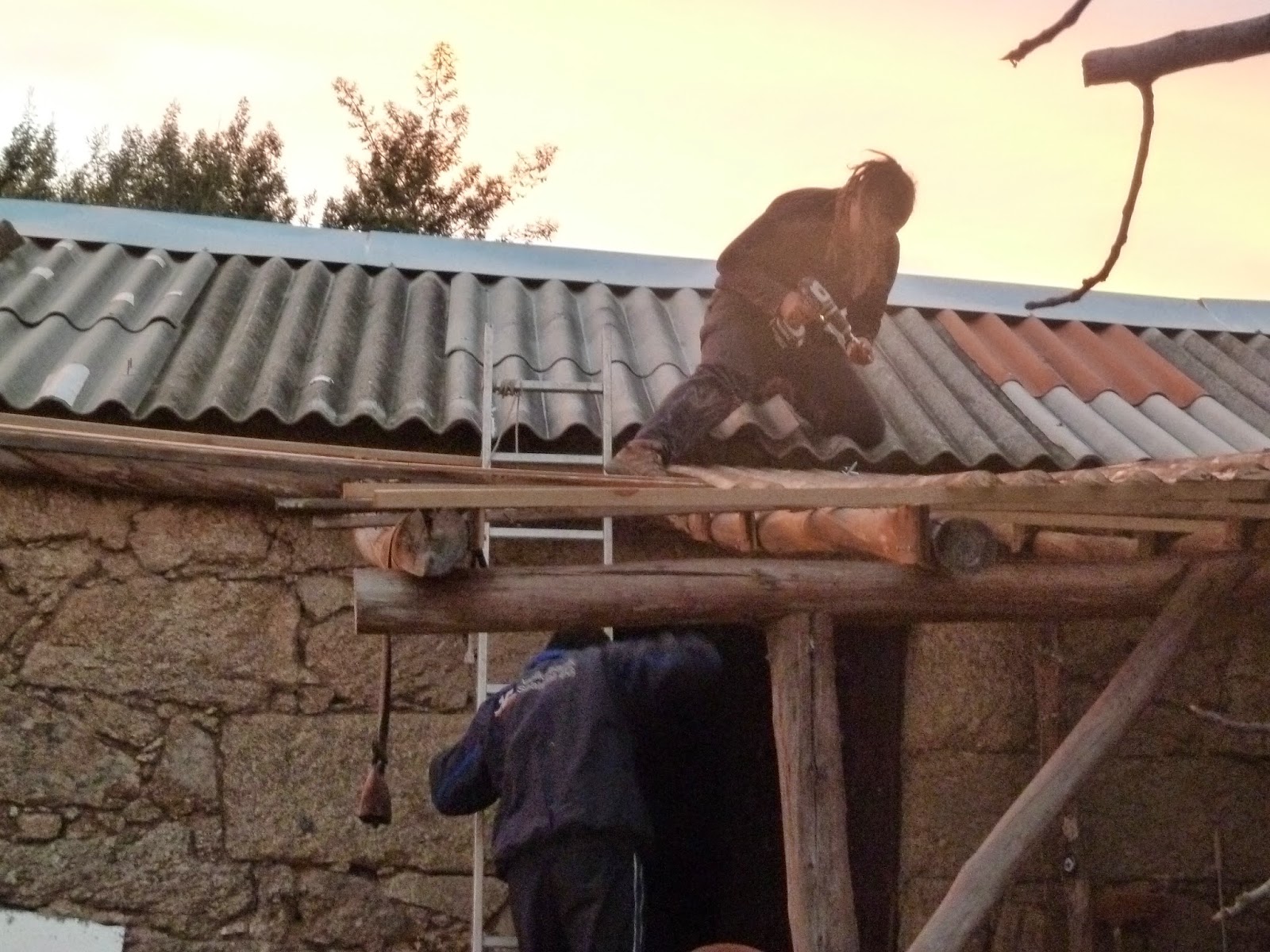 This is what Ba was doing on her last day before leaving: fixing roofs with Eric ;)

We hope that they come back rested, with renewed inspiration and energy. That's also what we wish for everyone in this New Year. Thank you so much for all the support in 2014 and stay tuned for what's going to happen in 2015! 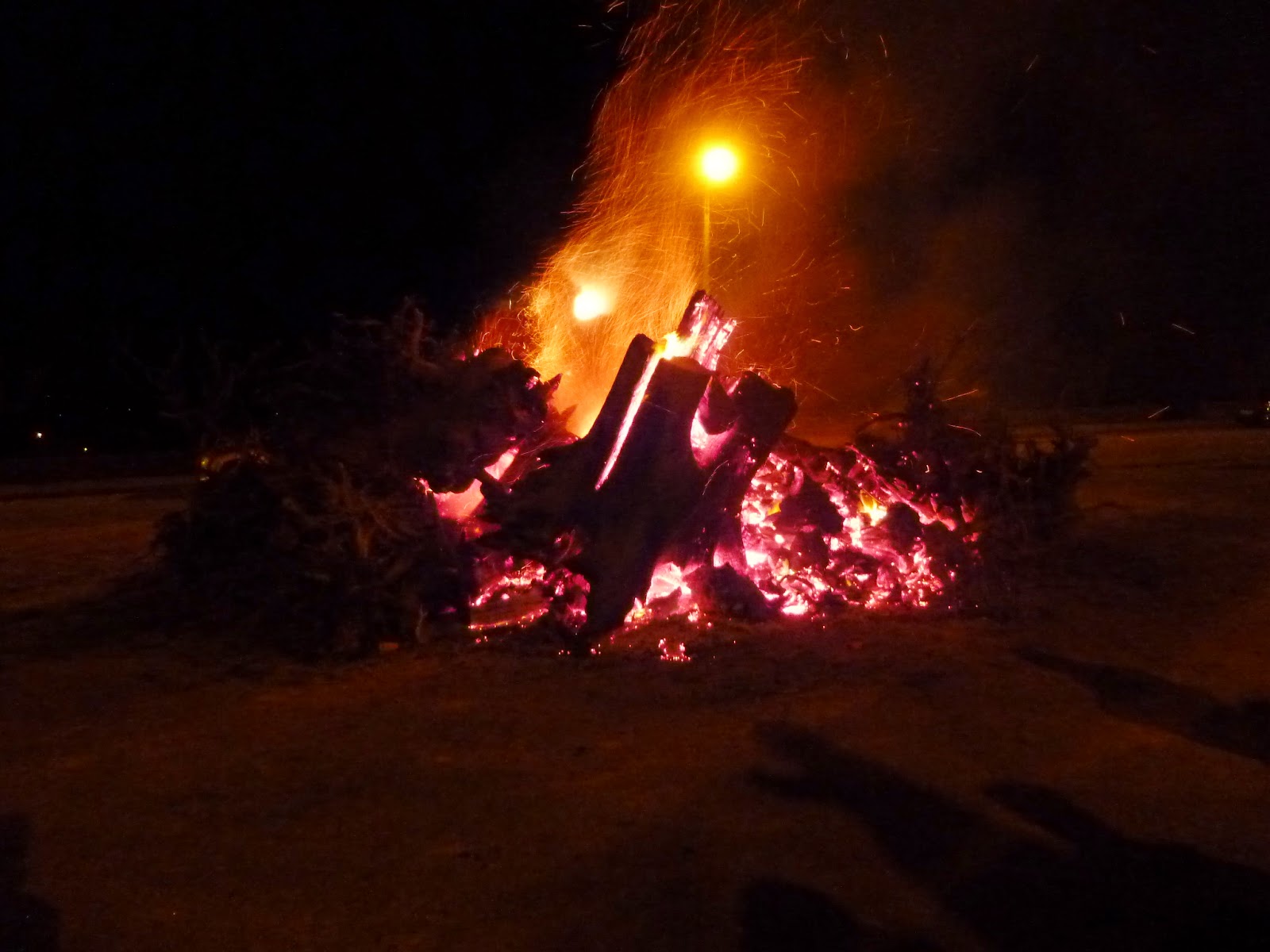 much love, peace and joy,


from us here at the MOUNT OF OAKS.

Thank you Marcia and Eric for finishing the post! Thank you too to all who helped during the olive harvest.

Love the new post, and it was so cool to see so many of my old friends still visiting and still engaging. That was a blessing. -Much Love

Get in touch OR register for Open Day / Building Course

map directions to the Mount of Oaks


View Mount of Oaks in a larger map

how's the weather around here?

some history.. names and faces ...