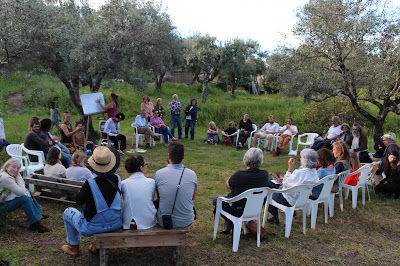 The day was a huge success - the sun was shining and the people were shining too.

We had nearly 100 people turn up from 11 different countries and take part in a local economy exchange at the Mount of Oaks.

People were buying or swapping local produce, contributing ideas and knowledge in a facilitated discussion on local economy, sharing contacts for further actions AND having lots of fun, especially the kids! 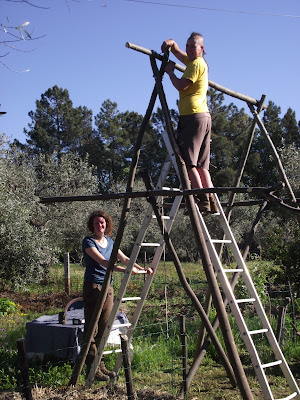 The weather was perfect for the event - sunny but not TOO hot. Barbara and our current helper, Lena from Germany were busy creating a structure for shade over the Welcome Desk!

Signs were put up directing traffic, colourful bunting to bring joy and the long list of logistics ticked just as people arrived!

The plan for the day was for a shared lunch with produce from our garden, a tour of the permaculture project in English and Portuguese, talking circles, kids games and donkey ride and then a summery circle. 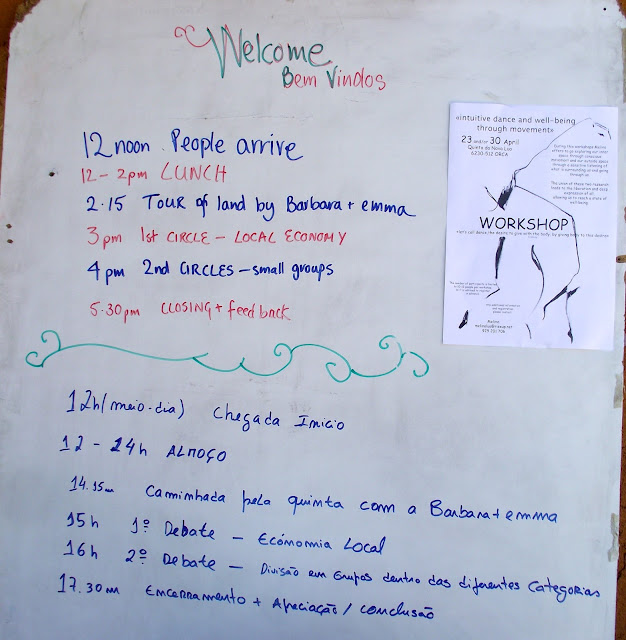 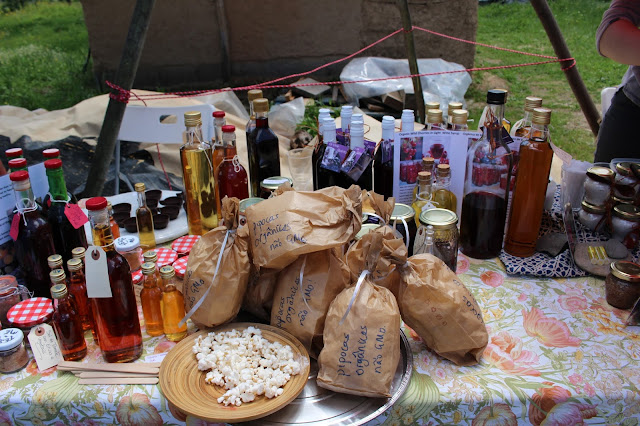 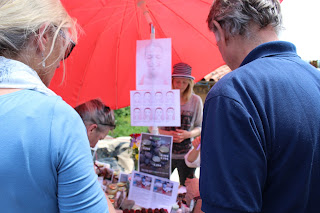 We opened the invitation to folks who wanted to come along and bring their goods to sell.

There were 7 stalls with a huge range of products for sale. Some were selling their fresh goats cheese and milk, others fresh vegan food, others wood and glass ware.

We had ranges of organic cosmetics and chocolates and liquoers we had preserves of sweet and savoury fruits and veggies! It was incredible the variety, tastes and smells!!! 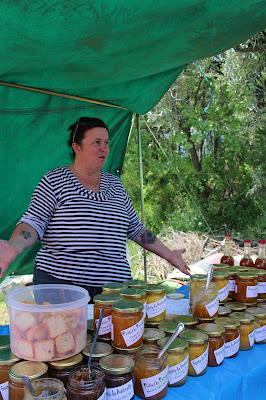 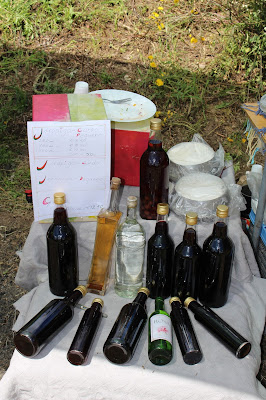 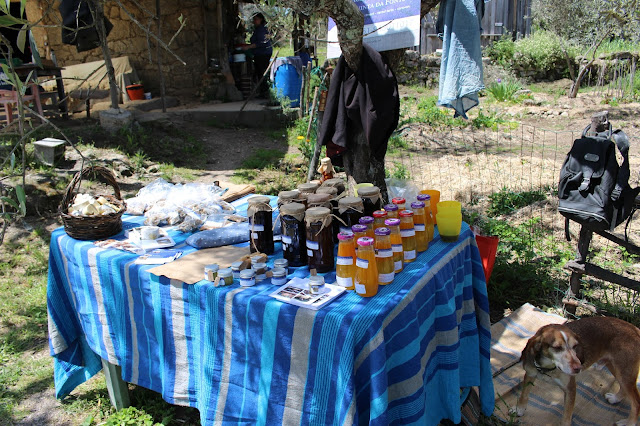 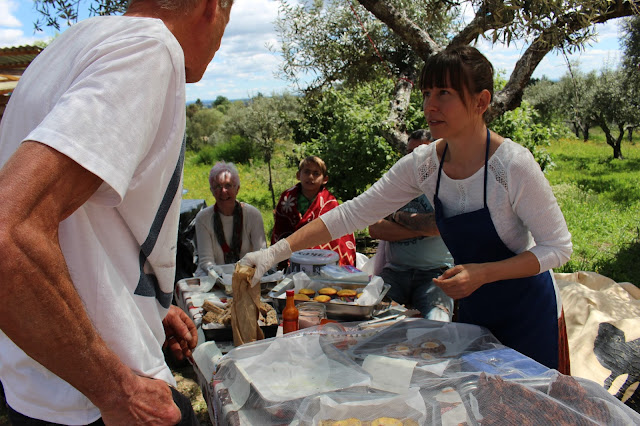 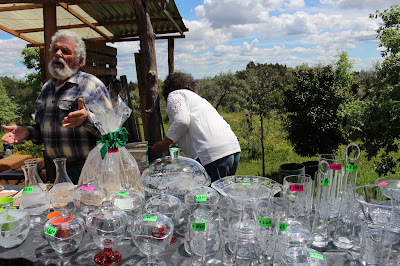 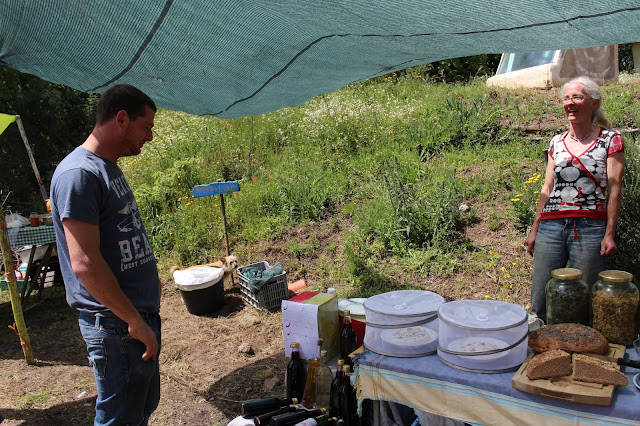 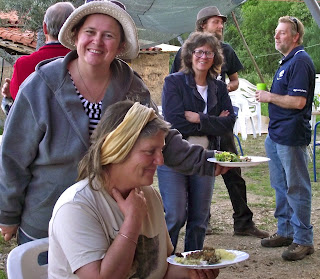 For the stall holders, their feedback from the day was really positive - they were able to make some money, share their contacts and share experiences of the legal aspects of selling in Portugal. They all thought it a worthwhile event!

Each of the stalls can be contacted via us if you are interested in their products. 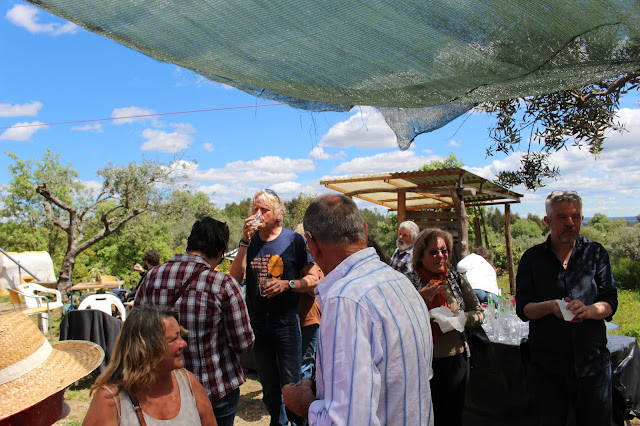 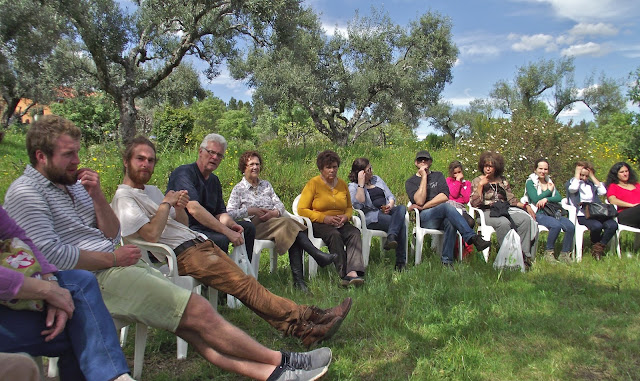 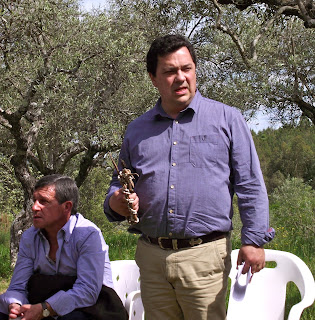 One of our aims of the day was to promote social as well as economic integration in the region. We had people from 11 different nations, different ages and backgrounds - a real mix! All the talks were simultaneously translated between English and Portuguese. We were delighted to have a journalist from the local radio station, Paulo Pinheiro interview several participants for a follow-up piece on Radio Cova de Beira. He interview Marcia a few weeks ago before the event and came along to actually see the fruits of the planning!!

We also were pleased to have the support and presence of the President of the Junta de Freguesia of Alpedrinha opened the discussion, Sr. Carlos Ventura.