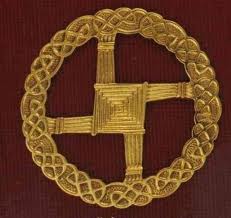 Since we last posted back at the start of January with "Looking back and looking forward", we have moved from winter to more spring like weather. Even now we are really noticing the lengthening of the days.


With the Celtic festivals of St. Bridget and Imbolic just over (1st/2nd Feb), which mark the mid point between winter solstice and the equinox, it is time to reemerge from dormancy to action – a time for us to start to plant again.....

Press "Read more" below to see the full post... 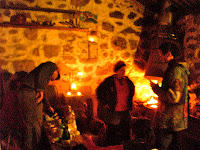 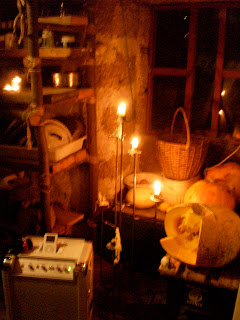 We ‘welcomed in’ the New Year around the fire in the kitchen with a feast of food and friends. Swan and Pip, a couple from Suffolk, England who bought a piece of land very close-by, Tyra our Scottish neighbour (who arrived on a motorbike!) and an American couple called Jayme and Brendan who were volunteering via helpx for our friends Martine and Paul…..We drank homemade red wine from Tyra and Swan and Pip – and ate a 6 course meal while putting the world to rights…..we had a wee ritual at midnight sharing our best and worst times of the past year and passing around a bottle of champagne – a gift from James of Duruxa. Great way to mark the passing of 2012.

New Year’s day we had a grateful surprise – we were relaxing, more like recovering from a very good night, when the previous owners of the land, Ive and Regina turned up. They enjoyed seeing how things had changed in the last 6 years. We talked politics, economics, agriculture and theology. It was super to be able to share our thoughts with them and find a commonality in our thinking. For those who have followed the story of the land, you will be aware of the significance of this meeting. There was some sort of reconciliation going on – hard to define, but beautiful and gentle.

The first weeks of the 2013 were rather uneventful for us at the Mount of Oaks. Both of us were unwell. We had the usual cold symptoms, coughing, sore all over, runny nose…..we retreated further into the bus. Constant fires, herbal teas of all sorts – especially lots of thyme tea, which is good for chesty coughs. We were like hermits for over two weeks and fully embraced the inner time – leaving our home only to look after Xico the donkey. We were certainly glad that we had the solar panel. 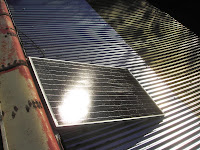 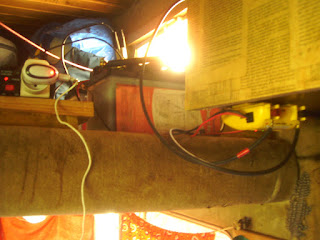 The new addition of the solar panel around Christmas has allowed us to have light in our home and enabled us to charge our computers when we want! Thank you Eric, Marcia and Ba’s parents for your generous donation to help towards the cost of the panel and batteries. Thanks to the solar energy we were able to watch endless films without worrying about having to leave the van to go to the powerhouse to recharge the batteries of the computers. We did watch a heck of a lot of films! 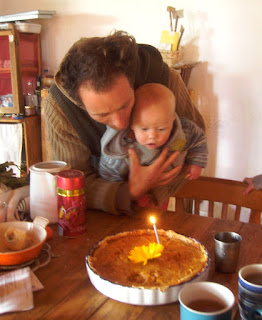 Our first venture out and about after being ill was for our Godson, Naoki’s 1st birthday mid January. We didn’t want to miss being with the wee man on his big day. We made a pumpkin pie to share with the family. Drop a message if you would like the recipe. One of the highlights was us seeing Naoki walk for the first time and playing with the baby goats. 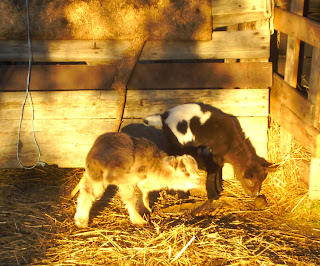 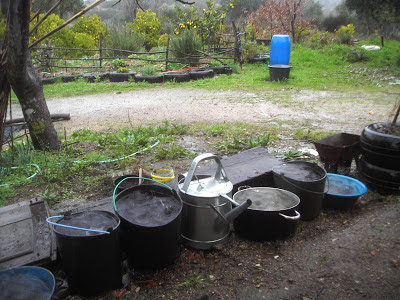 We have had a proper winter – lots of rain throughout January. I have never in my life been so excited to experience rain. After a good shower, or a few days of constant rain we would check the levels of the pond. Every time we would come back delighted to see it rise and rise. The garden has loved the rain too – the calendula bloomed all winter as a sign of joy, brassicas matured and the citrus glowed orange and yellow like beacons during the rain storms. 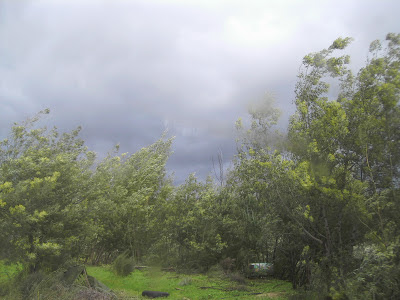 Talking of storms, the wind one Saturday a few weeks ago was hardcore – there were orange warnings all over the country – wind of over 100 mph blew past us – crazy. We cuddled up and hoped that the roofs would take the battering. In the end we were lucky enough to loose only one piece of roof in front of the kitchen – and saved the roof in front of the bus by an emergency operation mid storm to secure it – an adradinlne rush if there ever was one!


Not long after the strong winds we had snow fall on the Gardunha. We awoke one morning to the delight of seeing a frosting of SNOW on the mountain behind us. Beautiful sight. 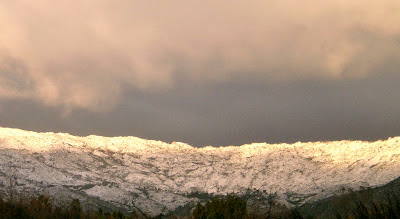 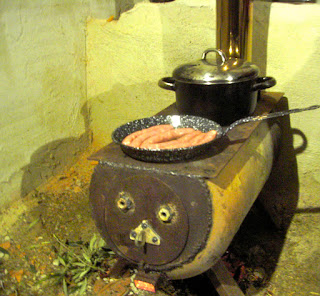 We said our goodbyes to Swan and Pip who headed back to England, to work and be with Isaac. Our last evening with them was a fun affair with our good friends Paul and Martine too – food cooked on the burner Swan made that looked like a pig, enjoyed homemade wine, chats and then a djembe session. 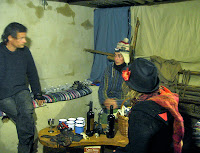 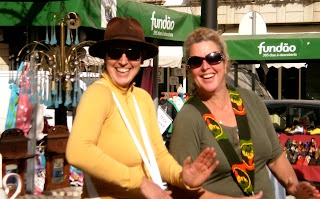 A new addition to the monthly calendar was the opening of a 2nd Hand monthly market in Fundao. It was super to be at the first one – and the turn out was reasonable. Hopefully next month we will have a wee stall to sell bits and bobs. Paul, Martine and Barbara put their drumming talents to good use and entertained the crowds. We have the feeling that the market will be a great excuse to meet up with people and meet new folk. 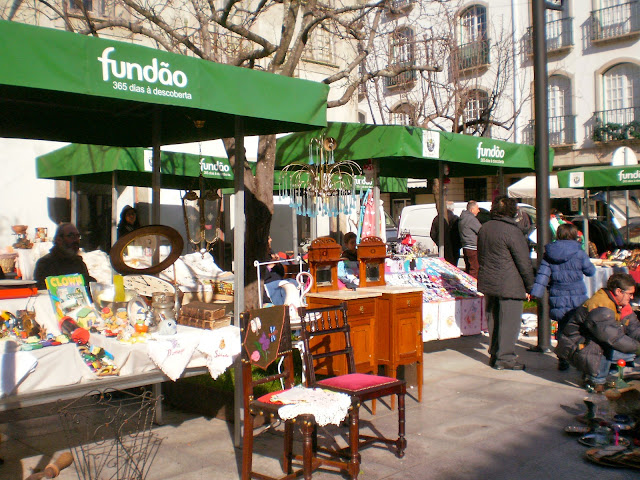 As we said, the beginning of the month we did nothing other than watch films, blow our noses and plan a little about the year ahead. We were on the Internet quite a bit making contact with Permaculture Design teachers in Portugal. In the end we decided to choose Silvia Floresta to teach here in May. Check out the post for more details. We are quite excited about having her teach based on the dialogue we had with her throughout January. 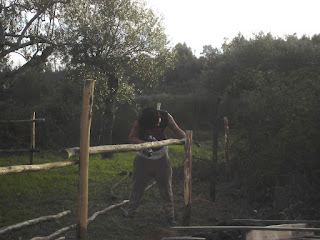 Barbara improved the area outside Xico’s house – creating a wee paddock for him to run about. She used mimosa posts from the forest for the job. We are really blessed to have so much wood around – a great resource for building. Xico seems to love his extended house, inside and outside space – what a lucky chappy. 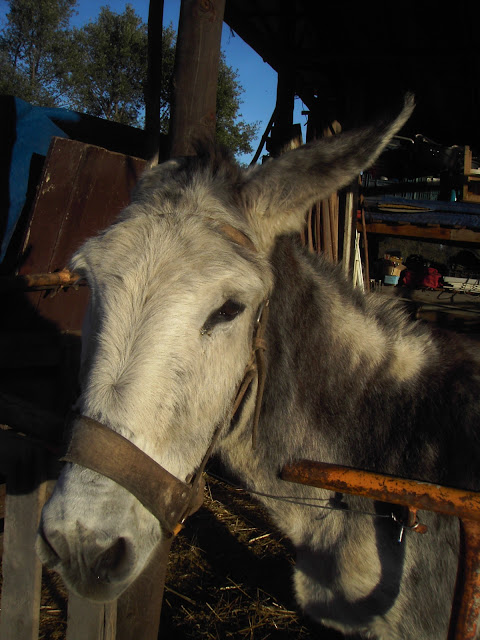 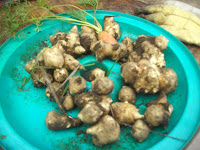 In the garden the weeding has begun. An attempted hour a day focused on weeding keeps me from feeling too overwhelmed. Slowly but surely the growth will be kept under control – and space will be created to plant vegetables in the beds! Jerusalem articokes tasted delicious - chopped finely and fried in olive oil - the addition of salt before eating - delicious! 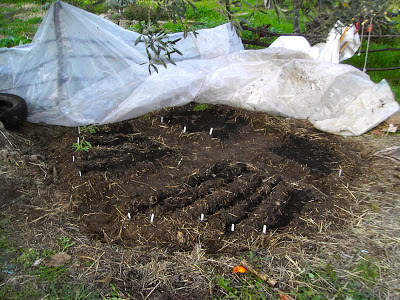 The neighbours around were advising that I begin with planting tomato, pepper and aubergine seeds undercover – so I prepared a bed with rotten poo from Xico and other organic matter and went for it. 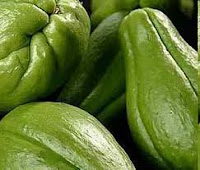 My northern instinct was saying, ‘this is too early for putting seeds in the earth’ – but I went ahead anyway on a day favourable in the moon calendar and heck , we shall see…… also planted some 'Cho Cho' (or 'ChuChu') 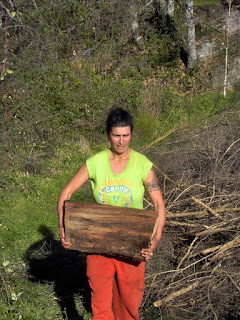 Our dear friends, Meline and Alfonse, Cleo and Naoki came in the last week of January and helped us chop wood. The days for chopping wood for this season are quickly disappearing. As the weather gets better it is not so good for chopping wood that we would later like to use for building – so it was super to have the help of our friends – and their chainsaw (ours is getting fixed) ! Xico also played his part – giving rides in the cart and pulling the huge amount of wood up the hill. He carried two heavy loads and was duly rewarded with several carrots. 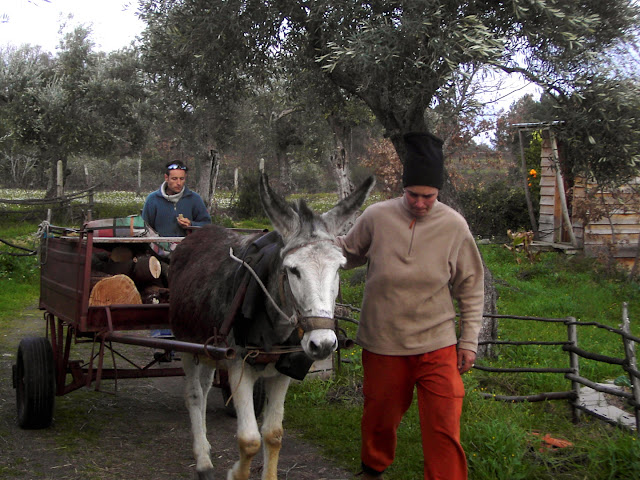 A big piece of news for the month – Emma gave up smoking on 4th January and took up swimming on a Monday after the farmers market with Martine.

We are both singing more – inspired by the birds and sound of the bees in the mimosa flowers. Barbara is singing in Portuguese and I am trying to speak more Portuguese. 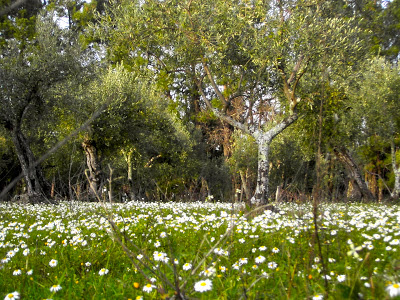 All in all, JANUARY was the winter month – indoors, dark wet days, movie watching, fires, chats on skype with friends, dreaming, planning for the PDC, all that sort of thing. We began to come out of the nest at the end of the month…..

Thank you for the responses that we had from those of you who signaled that you would like to support us financially in the year to come. THANK YOU. So far we have received 165 Euros..... We ideally would love if more people considered becoming friends of Mount of Oaks – that way we would have more resources to build with.

We are really re-considering the purchase of the shredder – we are looking into more sustainable options with less financial investment that will still improve our soil quality. Watch this space for more news.......

Until soon – thank you for reading, thank you for supporting, and finally, please pass on the link to blog post about PCD – for our forthcoming Permaculture Design Course – there are only 12 places, so get in touch asap if you are considering coming along. You only have until the end of Feb to book at the lowest price – a really reasonable 300 Euros for a 2 week certified course - including delicious veggy food!

Be in touch again soon,
til then, blessings of peace and kindness.

Hey guys! Love to hear all your news. Interesting to hear about the new second hand market in Fundao. Do you know when the next one is please? Cheers, Andrea

hi!wow it´s so great to hear so many things were goin on...xico is such a nice donkey :) i´m really interessted in the PCD-course and so I´m a bit sad I can´t come earlier to Portugal :( But things going right and I´m looking forward to visit you soon!Can´t wait to see how everything has chanced the past few years :) lots of love and blessings om shanti tom

Hello Andrea, just to let you know that the 2nd hand market in fundão is every last saturday of every month, so next will be the 23rd.
Love to check out your project in Casalinho too... All the best !!!

Hi Tom ,it´s a pity you can´t come for the course. If you know who might be interested, do share about it.
hugs, peace, and blessings

Get in touch OR register for Open Day / Building Course

map directions to the Mount of Oaks


View Mount of Oaks in a larger map

how's the weather around here?

some history.. names and faces ...